STARSkate athletes are required to have a private coach. For guidance, please read Selecting a Private Coach for more information. 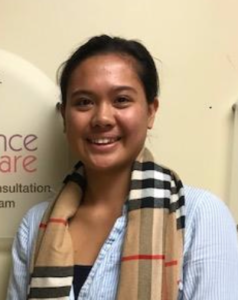 Natasha Calizon began skating at the age of 5 with the Pickering Skating Club. She has obtained her gold levels in Freeskate, Skills, and Dance. She competed in the competitive stream up to the Novice Competitive Freeskate; and has competed in several regional Sectional competitions. She trained with national level coach Katerina Papafotiou. In her undergraduate career, she competed with the Queens Figure Skating Team; she competed in numerous events such as singles, similar pairs, fours freeskate, and synchro. She maintained the position of co-captain for one season.

Natasha began coaching in 2013. She coached for two years at the Kingston Skating Club while completing her undergraduate degree. She then moved back to Pickering, where she continues to coach with the Pickering Skating Club. She has completed her NCCP Canskate Certified.

In her professional life, Natasha is a registered nurse, registered to practice with the College of Nurses of Ontario. She has a love for psychiatric nursing. She has spent time working in Kingston on the adult mental health unit, and now works at Ontario Shores on the dual diagnosis unit, working with adults with intellectual disabilities. 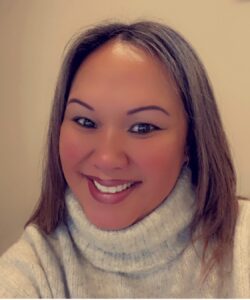 Jhoanna has been skating since the age of 8 years old. As a skater, she achieved her gold level in dance and interpretive, and competed competitively for Leaside Junior Synchronized Skating Team. Off ice, Jhoanna trained in ballet, dance, with additional choreographic practices. She has been coaching for over 23 years from preschool to adults skaters from Canskate to Gold level test skaters up to Provincial Competitive levels. Jhoanna is NCCP level 2 and CanPowerskate certified.

“I aspire to help

my skaters reach their goals and build skills not only on the ice but in life. My unique tailored coaching styles allows skaters to express themselves freely and creatively while increasing confidence and self-expression. I encourage all my skaters to be positive, persevere, and to never give up.” 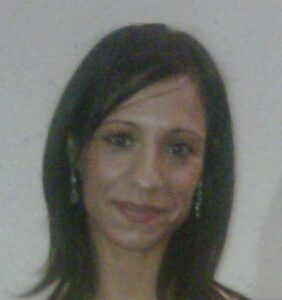 Rose Scata, Registered Holistic Nutritionist, began figure skating at the age of five. Gaining a keen interest in the sport Rose began to compete shortly thereafter, winning a first place medal by the age of six.

As Rose’s dedication and passion for figure skating amplified, she continued her training over the years and entered and placed first in numerous competitions. In 1992 she qualified and competed in the Ontario Winter Games and Canada Winter Games Championships, placing first and taking the gold medal in both events. In 1993 Rose qualified to skate for the Italian National Team and moved to Milano, Italy. She received her gold levels in Freeskate, Figures, Dance, Artistic and Interpretive and has completed up to the Junior Competitive Freeskate

After moving back home from Italy, Rose continued to skate and in 1995 she entered the audition for the renowned show ‘Walt Disney on Ice’, competing against over 500 skaters. She was later offered and accepted a professional skating position with the show. Over the period of four years Rose skated as several different characters for ‘Disney’, traveling and performing in numerous cities and states worldwide.

Rose began her coaching career in 2000 and has been teaching for nearly 14 years.

Nutrition has played a significant role throughout Rose’s figure skating career and continues to be a major part in her lifestyle, not only as a Registered Nutritionist but also as a competitive figure skating instructor and natural health advocate.